In yesterday’s rain-drenched Caffé Gelato Waffle Cone Ten Miler in Newark, CRR Bruce Weber placed 11th overall out of 161 finishers, winning the 50-59 age group in 1:03:29. And he says he’s really a short-distance guy. Not far behind him was CRR Bill Rose, finishing 21st and taking third in the same age group, in 1:05:53. Race host and CRR Ryan German clocked a commendable 1:16:59, and CRR Andrew Brett ran a 1:18:22, finishing 61st and 65th, respectively. 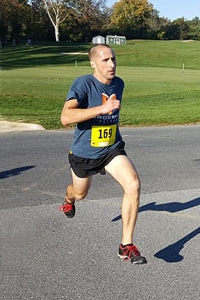 Creek Road Runners is an informal association of runners/joggers who frequent the only quiet scenic road out of Newark, Delaware.
Join 46 other subscribers