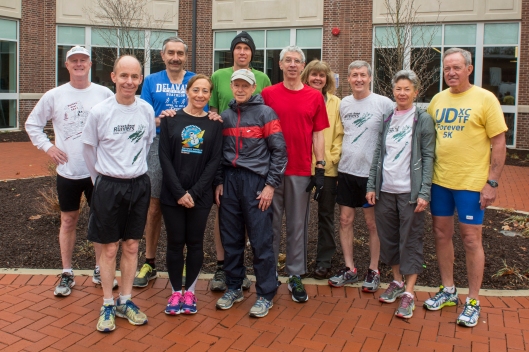 Runners and friends gathered on Friday to give an official farewell to CRR Dan Simmons and his wife, Sue. The event was highlighted by a simple out-and-back fun run of about 5K along Creek Road (where else?), then those who could make it shared lunch with Dan and Sue at the Deer Park Tavern. They will be moving to California in the near future and will be missed.

Simmons, a biology professor, retired from the University of Delaware recently. He holds the state record for his age-group (65-69) in the half-marathon with a 1:36:43 (and 20K, unofficially, with his half-marathon time).